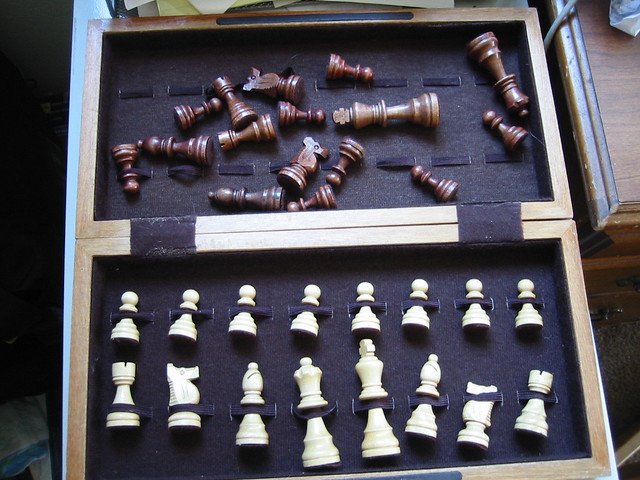 In the second part of Shakespeare's Henry IV, King Henry (who's sick and soon unto death) begins a little monologue about insomnia:

How many thousand of my poorest subjects Are at this hour asleep! O sleep, O gentle sleep, Nature's soft nurse, how have I frighted thee, That thou no more wilt weigh my eyelids down And steep my senses in forgetfulness? (Act 3, Scene 1)

Now, I've never had insomnia (maybe only one or two nights where I had trouble sleeping because I had something to do), but I like the anthropomorphized sleep that King Henry describes here. It's a "soft nurse" that has been frightened away, different from the Greek's Hypnos, who's usually portrayed as an old man hanging out with his brother Thanatos. This Sleep that Henry calls to must be lulled itself into the sanctuary of the sleep chamber. In fact, it must be seduced, but the trouble is figuring out how to entice sleep to spend the night.

Why rather, sleep, liest thou in smoky cribs, Upon uneasy pallets stretching thee And hush'd with buzzing night-flies to thy slumber, Than in the perfumed chambers of the great, Under the canopies of costly state, And lull'd with sound of sweetest melody? O thou dull god, why liest thou with the vile In loathsome beds, and leavest the kingly couch A watch-case or a common 'larum-bell?

And here his elitism emerges. In asking why Sleep would rather lie with commoners who sleep on uncomfortable beds with flies buzzing around their faces than with the king, he makes a move that I think is probably common among insomniacs: jealousy of the rested. But that's the interesting thing. Here's a king asking what should be a common question: "why is it that all of these other losers can sleep and I can't?"

The confusion is further compounded for the king in the fact that he should have every advantage, resting as he does in "perfumed chambers," under "costly canopies," and "lull'd" by song. He also appears to assume that sleep is more important for him, as a head of state (referring to himself as "the great"), than it would be for the working stiffs ruled by him. After all, he has to get up the next day and make all of these important decisions, whereas those who sleep with flies on pallets just have to get up to work (or be perhaps lascivious, like fat Falstaff elsewhere in the play).

There is another insinuation at the heart of what Henry's saying: Henry is slut-shaming sleep. He states, she "lies" with the "vile," and in this way Henry ends up sounding somewhat like a spurned lover, the jerk who can't get the hot chick to get with him even as she hangs out with dirty slobs all over town. "Why wouldn't you want me, a king?" is what he's really asking Sleep.

Of course, it's also odd that Sleep wouldn't mind getting with the unwashed plebeians on the "uneasy pallets" instead of his "kingly couch." One would think that the flies, at least, would be a turn-off? Apparently not, Henry realizes, and all of his advantages aren't worth much to sleep. Sleep might be a promiscuous visitor to dirty hovels and slobby losers, but she definitely chooses the terms of her engagements.

The sexual metaphor disappears in the next few lines, however, where Henry imagines that even a sailor high-up in the rigging of a ship at sea gets to sleep:

Wilt thou upon the high and giddy mast Seal up the ship-boy's eyes, and rock his brains In cradle of the rude imperious surge And in the visitation of the winds, Who take the ruffian billows by the top, Curling their monstrous heads and hanging them With deafening clamour in the slippery clouds, That, with the hurly, death itself awakes?

Here, Henry turns away from the elitism (and the seduction) to wonder how even someone at the top of a rocking ship with thunder crashing around, someone on the verge of death in other words, is able to sleep. Here the wind that wakes even death won't wake the sleeping sailor, and still the king can't get just a little sleep. This is the low point of the insomniac's monologue, where the non-sleeper sounds closest to the addict: "Just give me a taste, Sleep. One hit, that's all I need."

Finally, Henry ends his insomniacal monologue with a final comparison:

Canst thou, O partial sleep, give thy repose To the wet sea-boy in an hour so rude, And in the calmest and most stillest night, With all appliances and means to boot, Deny it to a king? Then happy low, lie down! Uneasy lies the head that wears a crown.

Why would Sleep give pleasures to "the wet sea-boy in an hour so rude" and not to a king? The sexual metaphor comes back here if you can imagine a sailor seducing sleep high in the rigging of a rocking ship. But actually, the answer to Henry's "why?" question becomes somewhat obvious in the last conceit here. Those who are industrious and those who don't have the advantages he does are also those who need sleep the most. Contrast that with a king, who spends whole portions of his day sitting and speaking, and the answer is obvious: the king probably needs to go for a jog.

Still, for all of his power, there are certain things he can't rule, and this is perhaps why he is ultimately uneasy. Absolute power is never really absolute after all. This is maybe what makes me so uncomfortable with the idea of sleep-aiding drugs, which pervert something so subtle and continuously beyond human understanding, especially when there should be other solutions to sleeplessness (like the aforementioned jogging).

Ultimately, this monologue may offer some solace the next time I find I can't sleep. I'll just remember the kings also who can't sleep, and I'll think to myself, "At least rich layabouts get this thing too."